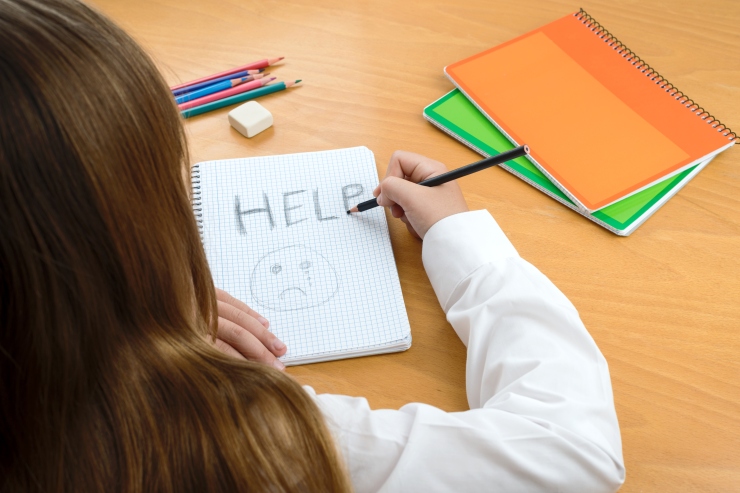 My name is Erica Sloma. I hope you’ll take a few minutes to read my family’s story.

My partner has had custody of her niece and nephew, now ages 7 and 8, for nearly 5 years. The children’s father is a registered level 3 sexually violent offender, which is the highest risk sex offender classification in New York. He was convicted of molesting his 6 year old stepdaughter on the night he married her mother, and a 15 year old girl with a developmental disability. He was arrested numerous times while on parole and spends his time sexually harassing co-workers and looking for young “submissive” woman to hook up with on Craigslist. New York State Child Protective Services has indicated reports against him regarding five different children, including my partner’s niece and nephew. A professional sex offender evaluator recommended that he have no unsupervised contact with young children.

When my partner gained custody of her niece and nephew at ages 2 and 3, they were severely traumatized and received a diagnosis of PTSD. They already had rotting teeth from a total lack of dental care, asked adults to touch them sexually, would try to sexually touch adults, and said that their “daddy” liked to touch their private parts. My partner was given permanent custody, the children began to thrive in her care, and over the years the trauma began to recede.

However, due to some simple procedural errors from the first custody proceeding, the father was given another chance at gaining custody, and the case was heard in front of Judge Stacey Romeo, from August 27-31st we were represented throughout all of this by a private attorney.

Initially, my partner refused the deal, because it contained no provisions for the safety of the children. Judge Romeo then responded by threatening to order that the children immediately spend every full weekend, including overnights, in the biological father’s home, until the trial would have been over – this would have likely been for six months to a year, due to busy scheduling. My partner would have to hand them over every weekend to a man who molested them before and could then molest them again. My partner, desperate to keep the children as safe as she could, took the deal.

I am appalled that a Family Court Judge would deliver young children to a high-risk sex offender in the middle of a trial, and against the recommendations of at least 4 professional therapists and evaluators, as a method of bullying, to ensure a settlement, rather than continuing trial.

I’m also horrified that Judge Stacey Romeo refused to hear testimony from the children’s therapist about disclosures of sexual abuse.

We now are in a position of trying to help the children cope with the almost certain trauma that will come when they start seeing their biological father unsupervised, in the near future. During his unsupervised time, he will be able to do anything he wishes with them, and there will be no one to stop him.

I hope you will consider helping to tell our story. I certainly never had any idea that this could happen, and most people that I speak to also did not believe that this could be possible. People need to know, in the hopes of preventing situations like this from occurring again.

If you would like to read more here are two articles about the case from the Democrat and Chronicle.

Article About A Rally To Raise Awareness

Background On The Case

I have closed down the change.org petition and the go fund me since Judge Romeo has wisely decided to no longer hear this case.

What can you do to help?

I also encourage you to go to MakeThemCare.org and call to make help make CPS better able to protect kids.

You can reach out to your elected representative and encourage them to support Assembly Bill A11086 which would require judges to not award custody or unsupervised visitation to sex offenders who had abused children unless the court could determine that the child would not be at risk. https://www.nysenate.gov/legislation/bills/2017/a11086